1.61 London used specialist fire-rated glass in the partitions in this Park Lane home

The 2017 Grenfell disaster lifted the lid on decades-long hidden problems of fire safety in housebuilding. But in the wake of the scandal, interior designers argue that their sector has so far been largely overlooked.

Vanessa Brady, the head of the Society of British and International Design, a professional body, said: “Before a building burns on the outside, it burns on the inside. [The Government] hasn’t gone far enough to regulate interior design.”

Ministers set up a new building safety regulator to oversee planning and construction. Now, the interior design sector has called on the Government to set up a similar body for the insides of homes.

“We shouldn’t wait for the next accident to happen,” said Ms Brady. “We haven’t got the right overarching rules for interior design.”

While there are many regulations in place for products, such as non-slip ratings for floor surfaces and fire tests for foam in furniture, there is no body that oversees how the individual parts come together to make up a home.

Fires almost always start inside properties, and so interiors are the first line of defence. According to the Home Office, misuse of appliances is the biggest cause of accidental fires in homes, followed by faulty appliances and leads. Together, the two accounted for half of all accidental domestic fires.

A Government spokesman said: “While furnishings are already regulated as products, building work that impacts interior safety will be within the remit of the new Building Safety Regulator set up by our draft Building Safety Bill.”

It is not compulsory for interior designers to obtain consent when making home alterations unless they are reconfiguring supporting walls or affecting heat loss. Replacing a kitchen, for example, does not require consent overall, though the plumbing, electrical, heating and waste extraction systems each have their own separate regulations.

Each aspect can therefore be installed accurately and in accordance with their own specific regulations, but collectively be in breach of fire safety guidance. Tradespeople can be unaware of each other when scheduling their works.

Common problems include electric sockets and taps that are too close together, while fire-safe furniture may be blocking fire exits. “There’s nobody measuring safety for people in the home, only the safety of the products,” said Ms Brady. There is also scope for abuse within the system as the trade body cannot lay down rules for how interior designers charge fees.

Some designers are therefore able to offer to charge no fee, and make their money via discounts they can get on products they purchase from suppliers. There are worries that the products that are then used in homes may not be fire-safe.

“It’s unethical practice,” added Ms Brady. “A designer might recommend a tile that they can get a bigger discount on. They get wooed by manufacturers and taken for champagne dinners.”

But many designers also champion fire safety – and are responding fast to the new challenges of shifting design trends in high-end homes.

A Belgravia house with interiors by 1.61 London. There are concealed fire curtains on every floor

Alan Crawford, of the Crawford Partnership, an architecture and interior design practice, said: “There’s been a drive over the past few years for clients demanding open-plan homes.

“That changes things like staircase design – previously staircases were enclosed, now they have become almost a piece of sculpture. It is then difficult to position a staircase as a possible route of escape.”

Sprinkler systems can address this problem, but they are pricey. Mist systems are “the Rolls-Royce”, but cost around £3,500 per tap, said Mr Crawford. Sprinklers are less sophisticated and require more pipe work, but are cheaper.

These look like rolling blinds and descend automatically to form a wall-like partition if there is a fire. In a Park Lane project, the firm worked using fire-rated glass partitions.

“There’s a conflict between planning and safety requirements – for example, needing to retain the existing listed doors, and fire safety guidance that requires fire-safe doors.” One solution is painting the old doors with two coats of thermo-guard paint.

Read the full article on the Telegraph here 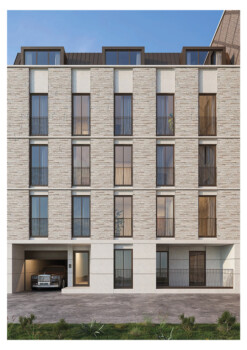 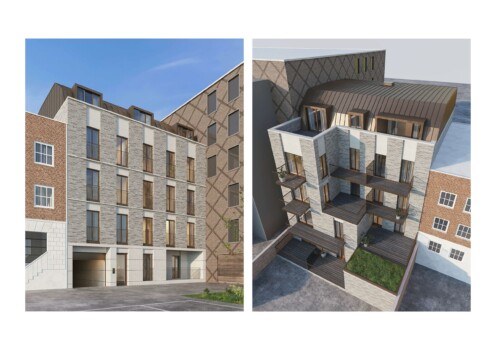 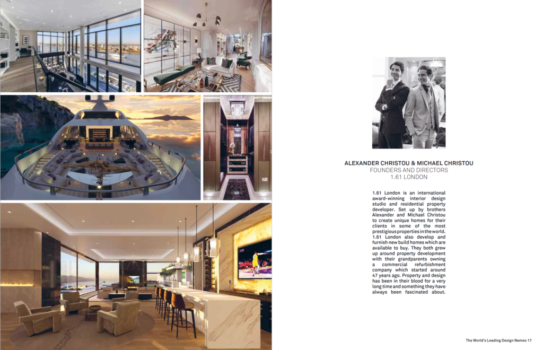